JEFFERSON CITY, MO – In May 2019, an EF3 tornado swept through Jefferson City, Missouri with wind speeds up to 165 mph. Several homes and other structures needed immediate attention and assessment to determine safety.

The Jefferson City local officials could not manage damage assessment on their own, so they sent out a call for help.

The call was answered by the Structural Assessment and Visual Evaluation (SAVE) Coalition, a group of professional engineers, architects and building inspectors who are trained to quickly and accurately assess building safety. Tim Leaf, a Bartlett & West employee-owner with more than a decade of structural engineering experience, was among the 16 SAVE professionals who volunteered their expertise.

“The damage was pretty extensive,” Leaf said. “It was crazy to see what the strong winds could do. I even saw a stick from a tree embedded into a brick wall.”

Leaf and the SAVE volunteers assessed more than 600 buildings in Jefferson City and Cole County, Missouri during the course of two days. Each building took about 10 to 15 minutes to evaluate and required a 360-degree inspection to look closely at the roof and exterior walls.

“It’s so important to walk around the entire building. For instance, one residential home appeared safe until I walked around to the back wall and found that it was completely blown out,” Leaf said. “I could see inside to the family’s office room.”

Green, yellow and red placards were used to indicate the status of each structure. A building with a green placard was deemed safe to enter and untouched by the tornado. A yellow placard indicated caution, and that the building had minor damages to the porch or other entry ways. A building with a red placard meant the walls, roof or chimney was blown out or damaged and it was unsafe to enter. 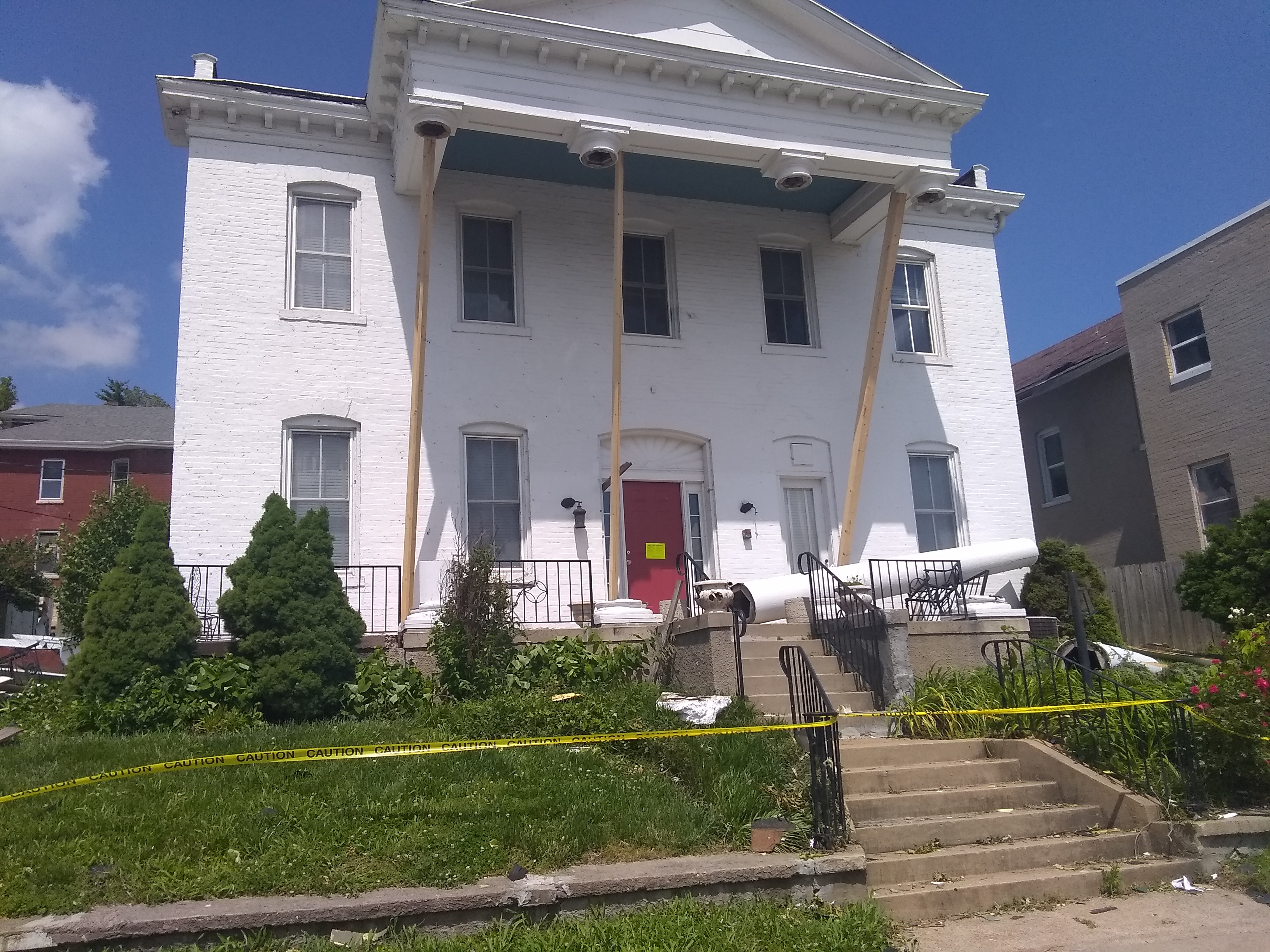 “A building was automatically labeled red if it had more than 50 percent of the roof gone,” Leaf said. “Other red buildings had chimneys laying on the roof or portions of a wall missing.”

Around 140 buildings were labeled red and 105 were labeled yellow out of the 600 that were assessed. These statuses were posted on an app that informed local officials in real time.

The SAVE volunteers were on-site for more than 30 consecutive hours, which alleviated some of the burden on the local officials to manage the tornado’s aftermath. The information the group provided allowed local officials to better focus their efforts on the structures that sustained the worst damage.

“Especially after a disaster such as this one, we are always willing to do whatever needs to be done to help the community,” Leaf said.