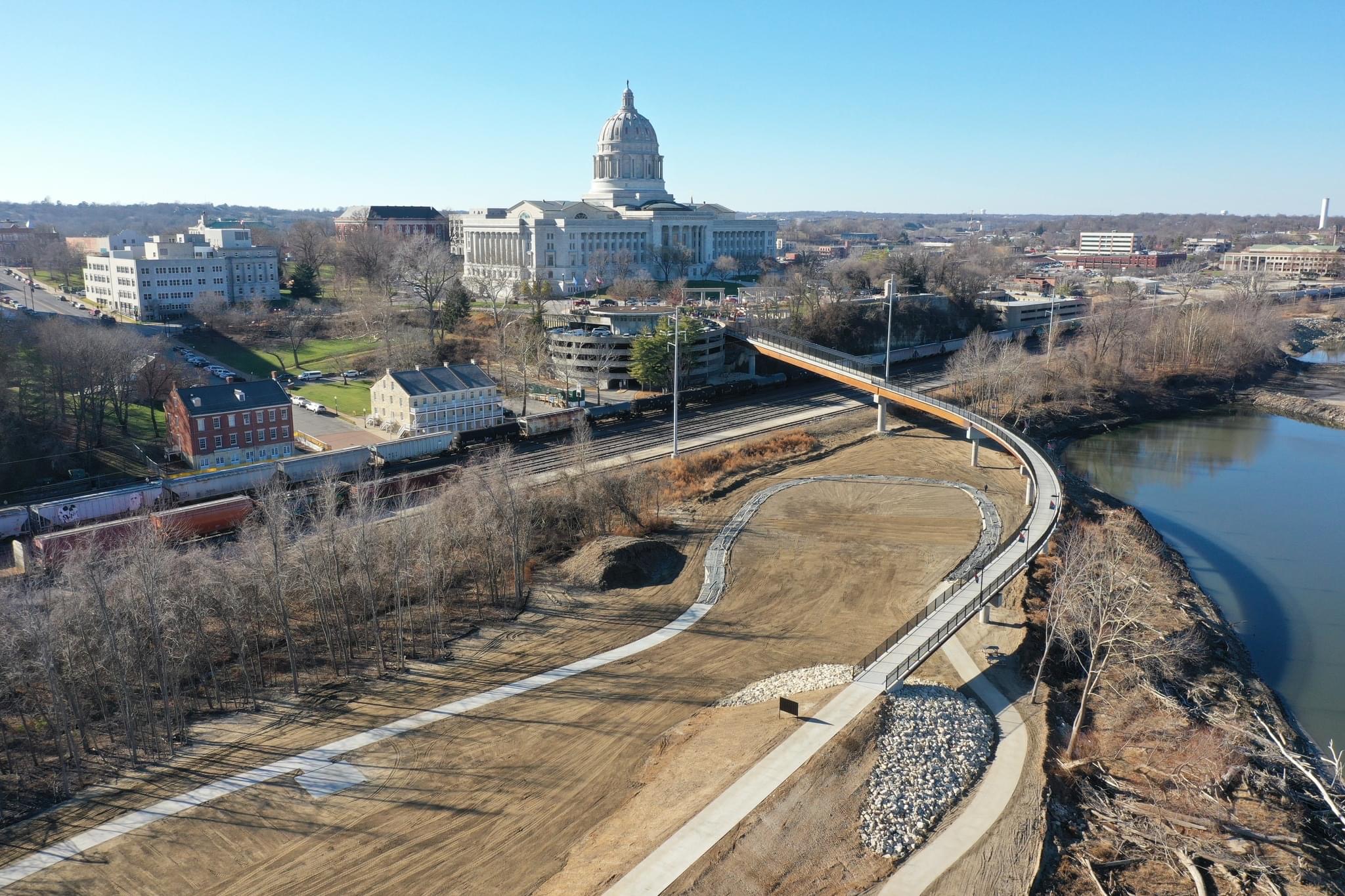 The Bicentennial Bridge to Adrian‘s Island is an achievement that residents in Jefferson City have been dreaming about since the 1960s. Adrian‘s Island, technically a peninsula, was formed from deposition along the Missouri River. The Union Pacific Railroad and a wetland area separated the 30-acre potential park land from the rest of Jefferson City. For many years, plans to access Adrian‘s island were discussed, but the ideas always fell short due to funding or opposition from the railroad based on impacts on their rail traffic.

In recent years, funding from a private donor reinvigorated the desire to build a crossing and have a park on the island. Bartlett & West, the Jefferson City Area Chamber of Commerce, Jefferson City and other key stakeholders were engaged to help make this dream a reality.

Bartlett & West evaluated multiple concepts and locations to create a connection from Jefferson City across the railroad to the island. With a concept in hand, the Bicentennial Bridge Committee, which included the Chamber, Bartlett & West and key stakeholders, was formed and began raising private donations to fund the chosen concept. After many years of planning and five years of dedication by the fundraising committee, the city and the design team, the bridge was finally opened in December 2021. Most of the bridge costs, which exceeded $4 million, were covered through donations.

The project was one-of-a-kind from the fundraising and private donation aspect of the bridge as well as the complexity of the structural design. The railroad requirements combined with unique site conditions made the design even more difficult. The topography required a long bridge to leave the high bluff that the state capitol rests on, cross the railroad with proper vertical clearance and then reach the island well below. The design maintained grades less than 5 percent to meet ADA guidelines, which required a 771-foot-long bridge.

In addition, due to public interest in the project and the need to raise private funds, public engagement during the project was significant. This included meetings with local organizations, working with the local newspaper for several articles and developing 3D renderings.

The bridge and park will serve all residents and visitors of Jefferson City while providing a better connection to the Missouri River. Most of the park is being planted in native grasses that will not need to be mowed and feature plants native to this part of the country while reducing long-term maintenance.

Much of the project funding was through private donations to limit the impact on taxpayers and the capital improvement budget. 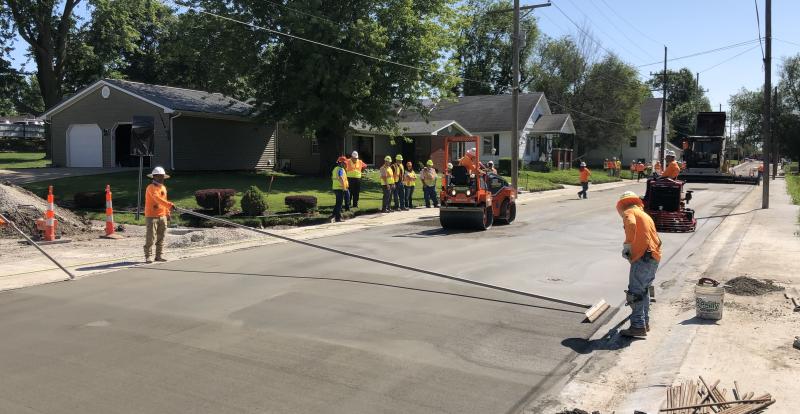 Municipalities
AID grant drives compacted concrete paving innovation
The Accelerated Innovation Deployment (AID) grant made it possible for the City of Mexico to receive about $800,000 to help with…
Read More 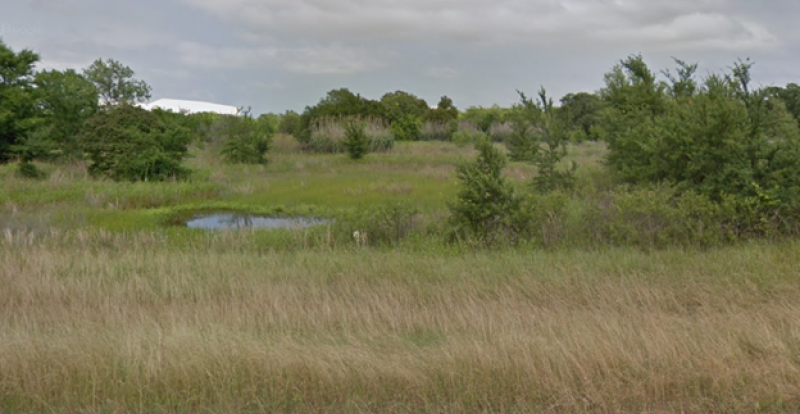 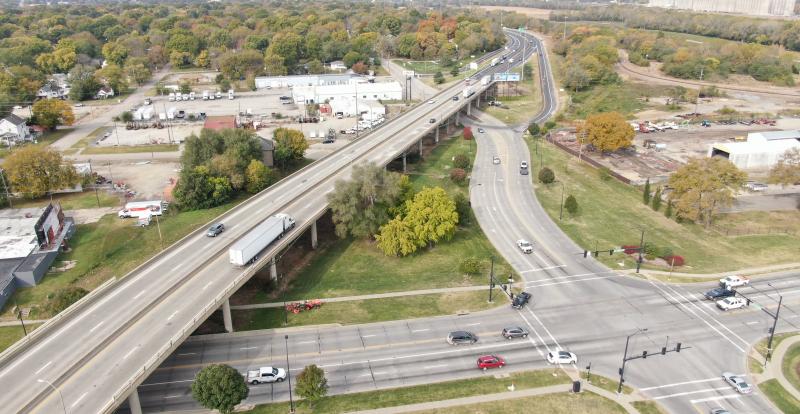